Working and living from home gave me a lot of free time that I could dedicate to reading. I read 40 books this year. I usually read fiction, however this year I aimed to read a mix of fiction and non-fiction.

My favourites (in no particular order):

Utopia for Realists: How We Can Build the Ideal World by Rutger Bregman 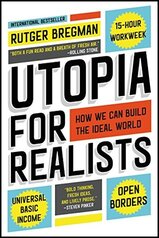 Rutger Bregman proposes radical ideas including a universal basic income, open borders and shorter working weeks among other things: a new kind of utopian thinking. Why? He says that a few centuries ago we dreamed of this utopia we now live in which will have prosperity and good healthcare. We live in this utopia now. However, not all people have equal access to this utopia and he suggests with numerous examples that we can do better.

One of my favourite takeaway from this book was unrelated to the subject matter, the concept of Overton Window which dictates acceptable political discourse in a society at a given period in time.

Train to Pakistan by Khushwant Singh 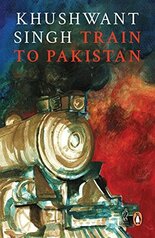 On more than one occasion my parents have shared a second hand account of how my great-grandparents and grandparents were forced to uproot their lives in what is now Pakistan to move to India during bloodshed of the partition. Train to Pakistan is set in a fictional village during those turbulent months. Rather than a bird’s eye view of the turmoil that occurred (as many other books about this subject), Khushwant Singh portrays events set in this village and narrates from third person point of view.

Word of warning, the writing style is a bit dated as this book was originally published in 1956. 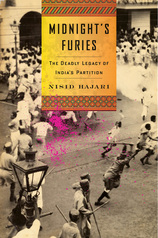 After reading Train to Pakistan, I was quite curious to learn more about the era. Nisid Hajari explains the current complex and hostile relationship between Indian and Pakistan extending all the way back to the creation of the two countries. The idea of both Pakistan and India was a much bigger country than what either country wished for. The dramatis personae of this narration are Nehru on India’s side and Jinnah on Pakistan’s side. A little truth and a lot of rumours and misunderstanding long ago resulted in the power conflict that goes on till today. 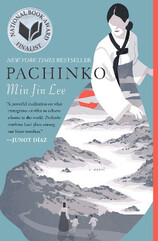 Pachinko follows the story of a Korean family from the 1900s across multiple generations. I did not know anything about the history of the Korean peninsula before I read this book. Pachinko intertwines a great deal of history of the peninsula with a compelling story: starting right before the Japanese occupation to the division of the peninsula into two countries with wildly different political ideologies and how some of the animosity between Japanese and Koreans persists to this day.

The Last Emperox by John Scalzi 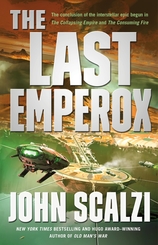 This is the third (and final) book in “The Interdependency” series. I find Scalzi’s writing really easy to read and I couldn’t put this down once I started reading. There’s room for a sequel of sorts and I’ve my fingers crossed for one in the future. 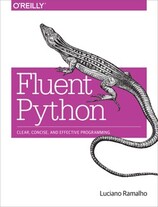 I’ve been working with Python professionally the last few years, and Fluent Python is a well written book to get acquainted with lesser known parts of the language. The book content is dated in some parts, especially the ones relating to asyncio towards the final chapters. Newer features of the language are also missing. Despite that, I’d still recommend this book to anyone who wants to understand Python better. There’s a second edition of the book in the works if you read this post somewhere in late 2021.